He had originally planned to step down in May, but said the party wanted a new leader in place before a vote on a new federal budget on January 27.

Michael Ignatieff, deputy head of the Liberal party, is expected to replace Dion as interim leader by as early as Wednesday.

A no-confidence vote on the budget could spark another election or replace the Conservatives with a coalition government made up of the Liberals and two other parties.

However, opinions polls say the country is not in favour of a coalition.

The three opposition parties united against Harper earlier this month after he announced a plan to scrap political subsidies for political parties, something opposition groups rely on far more than the Conservative party.

Although that proposal has since been withdrawn, the opposition has continued to seek to unseat Harper, arguing he has failed to protect Canada from the current global financial crisis and has not offered any form of economic stimulus plan.

Harper’s Conservatives won the October 14 election but failed to capture the majority of parliament’s 308 seats, and must rely on the opposition to pass budgets and legislation. 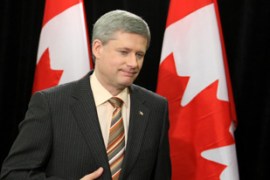 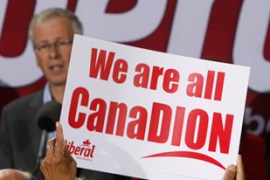