“The judges find the defendant not guilty of committing premeditated murder as accused by the prosecutors,” Soeharto, the chief judge, said in clearing Muchdi of all charges.

The case had been seen by Indonesian human rights campaigners as a landmark test of state accountability and the independence of the Indonesian judiciary.

Munir died after consuming arsenic-laced orange juice on a flight with Indonesian national airline Garuda in 2004.

In January, Indonesia’s supreme court sentenced Pollycarpus Priyanto, a former Garuda airlines pilot, to 20 years in jail for carrying out the murder while in transit in Singapore’s Changi airport.

The prominent human rights campaigner had been vocal in exposing abuses by the military under Indonesia’s former president Suharto.

Munir’s widow and supporters have long pressed the authorities to investigate his death and bring those responsible to justice.

Suciwati, Munir’s widow, indicated that she may pursue the case further. 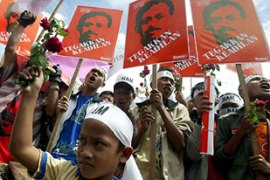 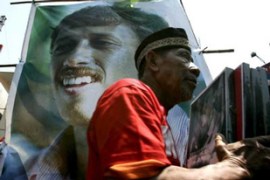 Indonesia’s Supreme Court sentences a former pilot to 20 years in prison for the murder. 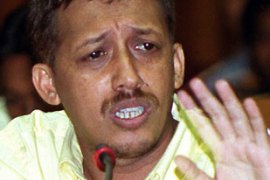