Ankara says the PKK fighters use neighbouring northern Iraq as a springboard for attacks in Turkish territory and Turkish planes have carried out several strikes on rebel bases across the border.

The latest fighting comes as US, Iraqi and Turkish officials held talks in Baghdad, the Iraqi capital, signalling new efforts to tackle the issue of Kurdish fighters based in Iraq.

Al-Maliki called the Turkish delegation’s visit “an important step towards fighting terror”, a statement from the prime minister’s office said.

“It will lay down the rules to confront the terrorist PKK.”

Washington and Baghdad consider the PKK a “terrorist” organisation and say Turkey has a right to take limited cross-border action against the fighters.

But they also fear that a large-scale Turkish military response could destabilise northern Iraq. 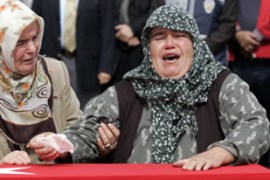 The president is booed at a funeral amid mounting anger towards the government over PKK. 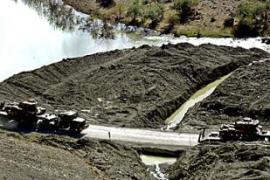 PKK communications suggest some wounded fighters were shot by their own men.