“It was a chance for the British government to right a wrong… it is a shameful day for the government.”

David Miliband, Britain’s foreign minister, welcomed the ruling, but noted “the government’s regret at the way the resettlement of the Chagossians was carried out in the 1960s and 1970s and at the hardship that followed for some of them”.

“But the courts have previously ruled that fair compensation has been paid and that the UK has no legal obligation to pay any further compensation.”

He said the government would “keep in close touch with the Chagossian communities and consider carefully future requests to visit the territory”.

Permel said campaigners planned to “take a letter to Downing Street”, the prime minister’s residence, asking for the government decision to be overturned.

Diego Garcia has been used in US military campaigns in Afghanistan and Iraq, and the British government has argued that it would not be right for the Chagossians to be allowed home, citing security concerns.

Many of the islanders were moved to Mauritius.

Speaking to Al Jazeera, Suzelle Baptiste, who was born on Diego Garcia but now lives on Mauritius, said: “I am very disappointed with this judgement, especially for Chagossian woman like myself.

“We have been fighting this case for many years and today we were hoping for justice but this is not the case. We will not give up hope in our fight to return to our homeland.”

Richard Gifford, the islanders’ UK-based solicitor, said: “It has been the misfortune of the Chagos Islanders that their passionate desire to return to their homeland has been caught up in the power politics of foreign policy for the past 40 years.

“Sadly, their struggle to regain their paradise lost has been dismissed on legal grounds, but the political possibilities remain open for parliament, the British public and the international community to continue to support [their return].”

The Chagos islanders originally won the right to return home in 2000.

Following the islanders’ court victory, Robin Cook, the UK’s then foreign secretary, said the government would arrange for the Chagossians to return to the outer islands.

But in 2004 the government changed its mind and forbade anyone from having a right of abode on the islands.

In 2007, the British high court ruled the Chagos islanders had been illegally expelled and should be allowed to return, but the British government appealed and the House of Lords ruling has upheld that appeal.

“The government has had the original ruling overturned,” Nadim Baba, Al Jazeera’s correspondent in London, said.

“There’s a lot of anger over the decision, but for the time being it’s a victory for the British government.” 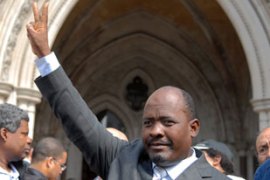 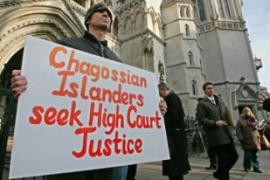