The hostages said they had been kidnapped by what they estimated were 40 masked and armed men, who took them across the border into Sudan and demanded a ransom for their release.

On her return to Turin, Michele Barrera, 71, described how their ordeal had finally ended.

She said the kidnappers had suddenly shouted “go, go, go,” packed them all into one car and told them to drive away.

Mirella De Giuli, 70, said: “Shots? We didn’t hear any. We put our trust in God and drove in the desert for five or six hours, with no spare tyre and very little water. If we made a mistake, we would die.”

The hostages’ version of how their ordeal ended appeared to clash with statements out of Sudan and Egypt.

Officials had given scant and contradictory details about the release, with reports that six of the hostage-takers had been killed in a gunbattle.

One freed Egyptian hostage said the kidnappers had abandoned the group, which was rescued by Egyptian forces “moments later”.

The hostages said they were not subjected to violence and heaped praise on the Egyptian tour guides who were kidnapped with them.

“Our real strength were our Egyptian guides, who protected us throughout,” said Giovanna Quaglia.

Quaglia said that the women in the group had been especially afraid.

“Particularly in the first days, we women, by our own choice, kept scarves on our heads and kept our eyes pointed down to the ground and tried not to have any contact as you are a bit more frightened when you are a woman,” she said.

Franco Frattini, Italy’s foreign minister, who had said on Monday that his country’s intelligence and special forces were involved in the release, said on Tuesday that there had been no “blitz”, or armed rescue, and no ransom paid.

Frattini said the kidnappers had freed their hostages when they realised the scale of the international rescue operation. 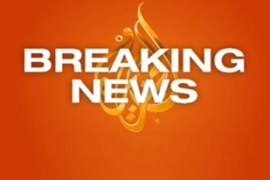 At least 11 foreigners among group of 15 people seized near the border with Sudan. 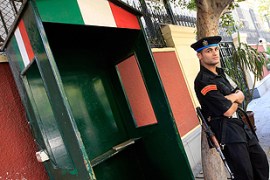 Confusion over hostages in Egypt

Contradictory reports emerge about whether abducted tourists have been freed or not.