Bilawal criticised the US administration’s support of Musharraf as a key ally in its “war on terror”.

He said: “I believe that the problem is that dictatorships feed extremism, and once the United States stops supporting dictators we can successfully tackle the extremist problem as well.”

Discussing his appointment as leader of the PPP, Bilawal, who is 19 years old, admitted that his current political experience was limited but said that he would work on this.

He said: It was recognised at this moment of crisis that the party needed a close association with my mother through the blood line.

“Also it was important to give hope to the new generation of Pakistanis who are looking not just to these elections but beyond.

“Politics is also in my blood, and although I admit that my experience to date is limited, I intend to learn.”

Bilawal pleaded for privacy as he pursued his studies at Oxford, where he is in his first year.

He said: “My immediate priority is to return to Oxford to continue my studies. Unless I can finish my education and develop enough maturity I recognise that I will never be in a position to have sufficient wisdom to enter the political arena.

“When I am at Oxford I hope I can be left alone.”

Meanwhile, Pervez Musharraf, Pakistan’s president, has said his government is committed to finding the truth behind the assassination of Bhutto and vowed to punish her killers.

Last week, Musharaff asked the UK to assist in the investigation of the murder and a team of British police arrived in Islamabad on Friday.

On Tuesday, Musharraf met the Scotland Yard team and said the Pakistan government was committed to “unearthing the evidence, finding out the truth and bringing those responsible for this heinous crime to justice”.

The British police said they were thoroughly sifting the evidence to ascertain the facts.

It was also announced on Tuesday that the Pakistani detective who solved the 2002 murder of Daniel Pearl, the Wall Street Journal reporter, had joined the Bhutto killing inquiry.

A senior Pakistan government official said: “He has joined the investigation and will co-ordinate with the Scotland Yard team.” 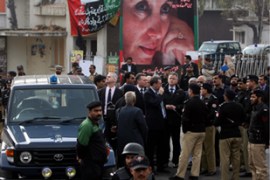 British detectives start examining evidence in investigation into the assassination. 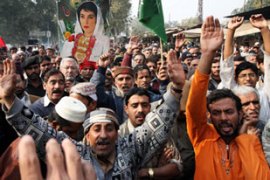 Confusion over how the opposition leader died continues one week after her killing. 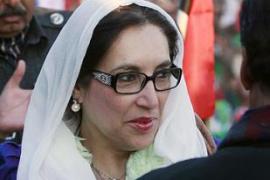 Bilawal appointed PPP chairman though father is likely to run party as co-chairman. 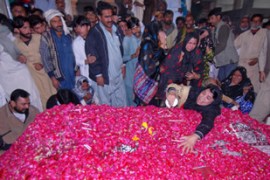 At least 47 people have reportedly been killed in unrest across the country.