The report, which included figures from the first few weeks of July, said that 19 aid workers had already been killed this year, compared to 15 in all of 2007.

The figures “clearly demonstrate that the conflict is escalating more rapidly in 2008 than in previous years” and reflect the growing strength and improved logistics of the fighters, ANSO said.

The increase in attacks on aid groups is ominous for a country that depends heavily on foreign aid.

Many impoverished rural communities depend on food handouts delivered by agencies, including the United Nations, during periodic droughts.

Much of the south and east has been avoided by relief workers for years, hampering efforts to persuade Afghans to oppose resurgent Taliban fighters and support the Western-backed government.

While criminals were the main danger to aid workers in 2007, the data for 2008 shows that 55 per cent of the 78 attacks so far are linked to anti-government fighters, ANSO said.

It said one reason for the spike in attacks on aid groups, including ambushes, arson attacks and kidnappings, appeared to be their perceived link with government programmes. 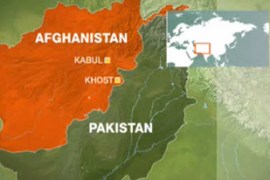