Bin Laden said that the war in Iraq was continuing for “the same reasons which led to the failure of former president [John F] Kennedy to stop the Vietnam war – those with real power and influence are those with the most capital”, the Reuters news agency reported.

The tape, released on Friday, purportedly shows Bin Laden telling US citizens that they should join Islam if they want the war in Iraq to end, though it is said to contain no specific threats.
The videotape was issued just days before the 6th anniversary on the September 11 attacks on New York.
Commenting on the video, Bush said the tape was “a reminder about the dangerous world in which we live, and it is a reminder that we must pull together to protect our people against these extremists who murder the innocent in order to achieve their political objective.”
Authenticity

In the video, bin Laden is shown with his beard much shorter and darker than in his last appearance, when it was streaked with grey.

A banner on the screen reads in English: “A message from Sheikh Osama bin Laden to the American people.”
References in the video to Nicolas Sarkozy, the French president, and Gordon Brown, the British prime minister, are believed to suggest the video is only a few weeks old.
Bin Laden also appeared to refer to memorial ceremonies in Hiroshima and Nagasaki that took place barely a month ago, on August 6 and on August 9.
A US official said that this could mean the video was recorded later in August.

US officials have not confirmed the authenticity of the tape, but did say that it was being analysed.

Later Reuters reported an anonymous official as saying the US was “operating under the assumption that the tape is real”.

Adel Darwish, political editor of Middle East magazine, told Al Jazeera that he had “doubts” about the authenticity of the tape.
“Any kid these days with an electronic kit can alter images and edit the way that he or she likes,” he said.
“There is no close up on bin Laden, the beard is thick and black and then there are large segments where the image is a still.”
Website shutdown

Soon after Washington announced it had the video, all the websites that usually carry statements from al-Qaeda went down and were inaccessible, in an unprecedented shutdown, according to the Associated Press news agency.

The reason for the shutdown was not immediately known.
Evan H Kohlmann, an expert at globalterroralert.com, said he suspected it was the work of al-Qaeda itself, trying to find how the video leaked to US officials.
Others suspected the US might be behind the shutdown.
Marwan Bishara, Al Jazeera’s senior political analyst, said: “Bin Laden is telling the Americans that he is still there and leading.”
“It [the tape]underlines the strength of words in this new asymmetrical warfare in the 21st century between the US and al-Qaeda.”
Tony Fratto, a White House spokesman, said the tape demonstrated that “terrorists are out there and they are actively trying to kill Americans and threaten our interests”.
Bin Laden was last seen in a video statement shortly before the US presidential election in 2004.
Since then, he has issued a number of audio messages, the last in July 2006 when he vowed al-Qaeda would fight the US across the world.
Source: Al Jazeera, News Agencies 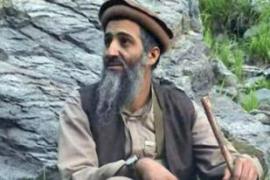 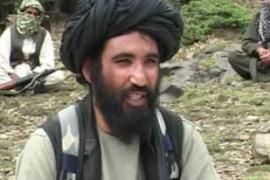 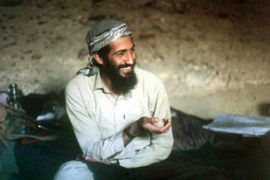