The main job of the assembly is to supervise and select the supreme leader, currently Ayatollah Ali Khamenei.
Although it appoints the supreme leader for life, it does have the power to dimiss him if his performance is deemed inadequate.

“The assembly of experts should be considered one of the main pillars of the country because it has the responsibility to supervise the leader’s qualification,” Rafsanjani said as he went into the meeting.

Rafsanjani served as president from 1989 to 1997, a period marked by reconstruction and very cautious reform.

But when he stood again in 2005 he was soundly beaten by Ahmadinejad.

Rafsanjani’s comeback comes ahead of parliamentary elections in 2008 which are being seen by some observers as a clash between hardliners close to Ahmadinejad and more moderate forces aligned with the former president.

“Although the assembly does not have a significant role in policy making I see Rafsanjani’s election as very important,” Saeed Laylaz, a political analyst and reformist, told AFP news agency.

“There is now a strong consensus on Rafsanjani among the educated elite and the technocrats, the traditional right and the clerics,” he said.

“This gives him great leverage to play a more important role in Iranian politics.”

In a speech before his election was confirmed, Rafsanjani called for Iran to be vigilant in its standoff with the United States over Tehran’s nuclear programme.

“Because of the dangers threatening us, we should pay attention to the supreme leader’s decree for national unity and Islamic cohesion,” he said.

“Now they have started an anti-Shia wave and we should be careful not to fall into their traps,” Rafsanjani said.

“We should not let ourselves be provoked and give an excuse for the enemy.”

Last month, Rafsanjani was denounced by Iran’s leading hardline newspaper Kayhan for saying in the latest volume of his memoirs that Ayatollah Ruhollah Khomeini, the leader of Iran’s 1979 revolution, wanted to drop the country’s ‘Death to America’ mantra. 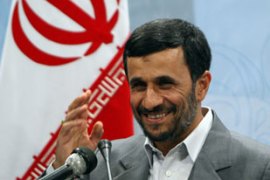 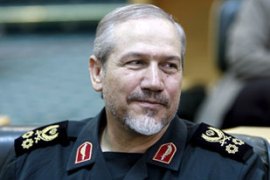 Supreme leader urges new chief to highlight the “increasing progress” of the force. 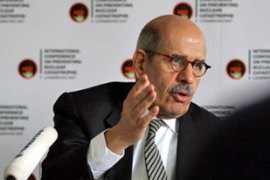 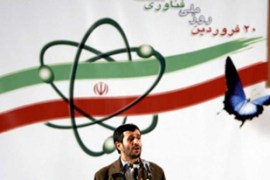