Following a meeting late on Wednesday, Hill said he and Kim Kye-gwan, the North Korean envoy, were “very much on the same wavelength” about moving forward in the talks.
“We concurred … to produce the outcome and create some rapport in these six-party talks, not to discourage everyone,” he added.
Pyongyang has denied a nuclear link with Damascus.
Myanmar issue

Hill said he would discuss Myanmar’s violent crackdown on peaceful demonstrators with Chinese officials on the sidelines of the six-party talks, to press Beijing into preventing further bloodshed.

This comes after Myanmar security forces opened fire on Buddhist monks and other protesters in the country’s largest city and former capital, Yangon, reportedly killing eight people.
China is Myanmar’s staunchest diplomatic ally and largest trading partner.
US sanctions
Meanwhile the US announced the imposition of sanctions on a North Korean company for spreading missile technology.
The US state department on Wednesday announced import restrictions on the Korea Mining and Development Corporation and said it would be denied US contracts for two years.
Tom Casey, a state department spokesman, said the company had previously faced US sanctions but provided no details on what prompted the latest move, except to say that Syria was not involved.
“It’s an indication once again of the serious concerns that exist about behaviour by North Korean entities with respect to these kinds of technology transfers,” he said.
Israeli warplanes this month reportedly attacked a Syrian installation that was allegedly either a Syrian-North Korean nuclear project or a shipment of arms for Hezbollah fighters in Lebanon.
Source : News Agencies 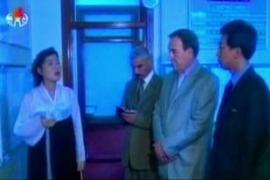 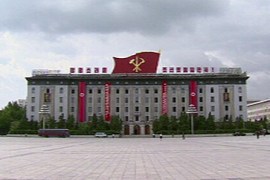 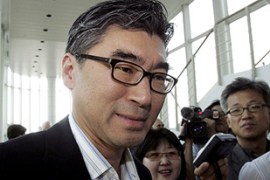