Some had to be carried on stretchers.

Footage broadcast on state-run television showed filthy men stumbling as they emerged from the mine wearing blindfolds to give their eyes time to adjust to daylight.

China’s mines are known to be the most dangerous in the world with fatalities reported nearly every day in fires, explosions and floods despite government efforts to improve safety.

More than 4,700 workers were killed last year, according to official figures, although independent labour groups put the toll at up to 20,000 annually, with many accidents covered-up.

Deadly accidents are often blamed on mine owners who disregard safety rules and fail to invest in the required ventilation, fire control and other equipment. 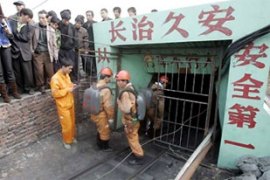 China mine boss jailed for cover-up

Mine owner convicted over 2006 accident that left 56 coal miners dead. 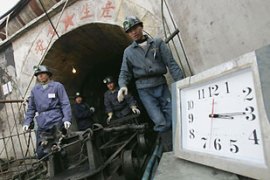 Five more are missing after a gas explosion rips through a mine.