“For her release, we want [President] Hamid Karzai’s government to free our innocent prisoners,” he said.

“We don’t have any other demands. We’re not bad people, we’re not Taliban either. We’re a special group.

“We’ll release the names of our prisoners who are jailed with the government later.”

The woman showed her ID cards and answered a series of questions asked by the man in an apparent attempt to confirm her identity.

“I work for ORA International,” she said, identifying herself as  “Christina”.

Tolo TV, which broadcast the video, did not say how it was obtained.

The video was released just hours after the Afghan interior ministry said that authorities believed a criminal gang was behind the abduction.

“We suspect they might be criminals and not the Taliban,” Zemarai Bashary, interior ministry spokesman, said.

Ulf Baumann, a spokesman for Ora International, said the 31-year-old woman and her husband, also a German, had been working for the organisation in Kabul since September 2006. Baumann did not disclose the name of the woman or her husband.

The female aid worker was the third German national kidnapped in less than a month.

Two German engineers were seized about a month ago in the southern province of Wardak by the Taliban.

One of the engineers was shot shortly afterwards and their captors have threatened to kill the other if Germany does not withdraw its troops from Afghanistan. 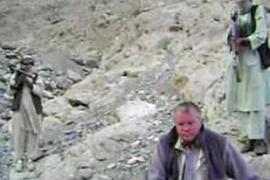 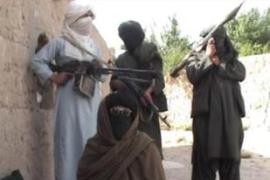 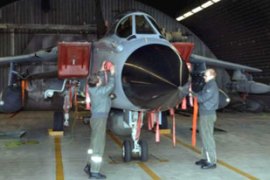