Members of the Afghan royal family also came to mourn the king, who died on Monday, aged 92.
Tight security

James Bays, Al Jazeera’s correspondant at the Shah’s funeral in Kabul, said: “The security is tight in Kabul because this is a gathering of Afghanistan’s politicians, foreign dignatries, senior figures and tribal elders.

“The funeral proceedings will last a few hours – starting at the palace, then all of the dignitaries, quite remarkably, will walk through the centre of Kabul, to one of the biggest mosques, where prayers will be said for the last king of Afghanistan.

“He is then expected to be buried on the edge of the town, where the ancestral relatives of the king are all buried.”

Zahir Shah’s body will be taken to a hilltop mausoleum overlooking Kabul where he will be buried beside his father, King Nadir Shah who was shot dead in 1933, and his wife Homaira, who died in 2002.

The king returned from 29 years of exile after the Taliban were toppled by a US-led invasion following the September 11, 2001 attacks, and was given his honorary title as the nation’s father.

Zahir Shah ended the centuries-old monarchy when he abdicated while on holiday in Italy in 1973, after hearing his former premier Mohammad Daud, who was also his cousin, had staged a coup.

Three days of mourning has been declared by Karzai for the late king, and two days of holidays for his funeral and prayer  ceremonies.

India said it would mark his death by lowering its national flag on Tuesday on state buildings and diplomatic missions worldwide. 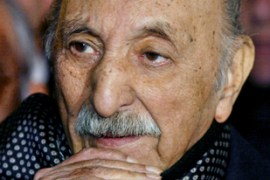 Mohammed Zahir Shah returned to his country in 2002 after living in exile.