The story, allegedly shot with a hidden camera, was broadcast on Beijing Television and relayed nationwide by China Central Television last week and created a buzz on the internet, with netizens flooding chatrooms with comments expressing shock and disgust.

Zi’s footage appeared to show a makeshift kitchen where people made bao zi, or traditional steamed buns, stuffed with 60 per cent cardboard that had been softened by a bath of caustic soda and topped up with fatty pork and flavouring.

“It’s all cheating,” the municipal government said, adding that after the report, officials inspected bun sellers across the city, but found no such problem.

The Beijing Youth Daily said that in mid-June, Zi brought meat, flour, cardboard and other ingredients to a downtown Beijing neighbourhood and had four people make the buns for him while he filmed the process.

The newspaper said Beijing Television had publicly apologised for the fake news report. It said it would punish editors involved and vowed to prevent inaccurate news coverage in the future.

China has stepped up its efforts to reassure trade partners amid international criticism over contaminated products such as toothpaste and seafood.

Yohei Kono, the speaker of Japan’s lower house of parliament, who was in Beijing for trade talks, told Wen he hoped China “ensure food safety as soon as possible so that we feel safe about buying Chinese products”, according to Kazuo Koga, Kono’s secretary.

“In response, Premier Wen agreed … and promised to make an effort to improve the quality of exports,” Koga said.

Meanwhile, the US president ordered top aides on Wednesday to review the safety of imports into the US amid public concerns over goods from China.

“The American people expect their government to work tirelessly to make sure consumer products are safe,” George Bush said after signing an order creating a task force to assess US safeguards and report back in 60 days.

Bush appointed Michael Leavitt, the health secretary, to lead the panel, which will work to “review the procedures in place … to make sure that our food supply remains the safest in the world”.

Bush did not name any countries of concern and Tony Snow, the White House spokesman, said: “This is not a slap at China.”

US and Chinese officials are to hold talks in Beijing starting on July 31 to improve food safety mechanisms.

Chinese officials have blamed foreign media for exaggerating the issue but have also admitted there is a serious problem with food hygiene and safety standards in the nation of 1.3 billion people. 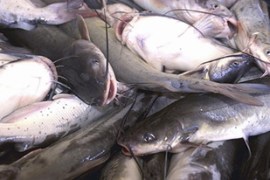 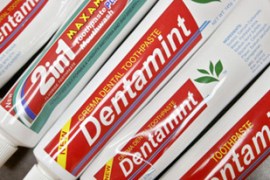 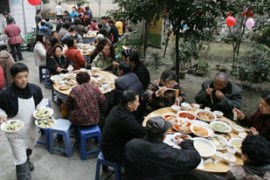