Surayud said he was optimistic that the lifting of the ban on political activity would improve the political climate in Thailand before a referendum in September on a new constitution drafted by a military-installed council.

Yongyuth Mayalarp, government spokesman, made the announcement after a cabinet meeting on Tuesday. “The cabinet agreed for existing political parties and groups of politicians to carry out their political activities,” he said.

“This resolution is effective immediately.”

All political parties had been lobbying strongly for several months for the lifting of the ban on their activities, arguing that it was necessary to help the restoration of democracy.

“This is a good sign for Thai democracy,” Sathit Wongnongthoey, an executive member of the Democrat Party, said.

“It should make the situation less murky as parties can hold meetings and meet with the electorate ahead of the general election.”

But some politicians and analysts have warned that the decision has created an uneven playing field ahead of the promised elections.

“This is going to give a big advantage to the established parties who have not been banned, primarily the Democrat Party,” Thitinan Pongsudhirak, a political scientist at Bangkok’s Chulalongkorn University, said.

“Now they can go and campaign and talk to the voters and constituents, whereas Thai Rak Thai cannot yet talk to its 14 million constituents,” he added, calling the move a “half-baked accommodation”.

“Thai Rak Thai has called for this for a long time … but the government and junta did not take action until Thai Rak Thai was dissolved, so this amendment is in favour of some political parties,” he said.

The court banned 111 senior party members, including Thaksin, from politics for five years. The Democrat Party was cleared of similar vote fraud charges. 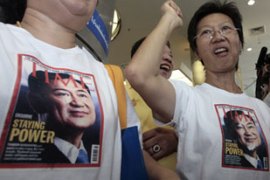 Former PM calls on supporters to respect court ruling banning him from politics. 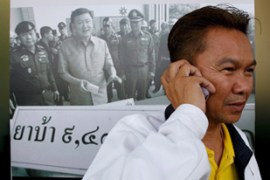 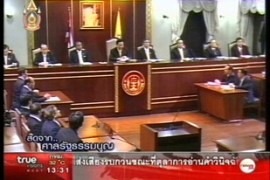 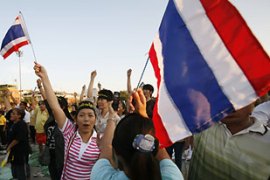