The two foreigners were tried in absentia and Egypt has not said where they are.

Ali pleaded not guilty to the charge of spying for Israel. He admitted taking documents from his work place but said that they had been published and were not secret.

He told the court that he had met several times with the two foreign defendants in Hong Kong, without thinking they might be working for Israel, but he told Egyptian authorities of the meetings after growing suspicious of the two men.

“I became sure in the fourth meeting that I was dealing with a strange party that was working for a foreign intelligence apparatus,” he told the court.

Egyptian security officials arrested Ali, 35, in February when he arrived in Cairo from one of several trips to Hong Kong.

Prosecutors say the contacts told Ali in Hong Kong that they wanted him to work for their company from inside the nuclear agency and obtain documents about Egypt‘s nuclear activities.

Ali told the court his contacts had at one point promised to give him a special communication device to plant in the Egyptian nuclear agency, and that the Egyptian official in Saudi Arabia had told him to get the device and return with it to Egypt.

But Ali said his contacts backed out of their promise after he failed a lie detector test. He said he had since become nearly certain that the men worked for Israel‘s secret police, Mossad.

Egypt says Ali’s contacts were interested in information about the capability of the Inshas reactor, how many hours it operated, the type of experiments conducted with it, and any technical problems and the reasons for them.

Egypt‘s reactors are under the supervision of the international atomic energy agency and the UN agency has had no serious complaints about Egyptian compliance with the nuclear non-proliferation treaty. 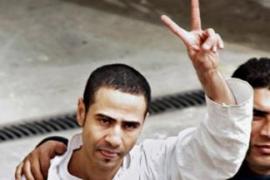 Egyptian gets 15 years for spying

Egyptian-Canadian man and three Israelis in absentia each sentenced to 15 years. 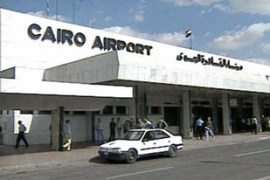 An Egyptian citizen is accused of selling information on Egypt’s nuclear reactors.