Residents in several cities have protested against the award, burning effigies of the writer and of Britain’s Queen Elizabeth.

Kamal Hyder, Al Jazeera’s correspondent in Islamabad, said: “Pakistan is a deeply religious country … the knighthood of Rushdie has prompted a strong reaction from the ruling government party and the religious right.”

“Whosoever kills him will
be the hero
of Muslims”

Punjab province, Pakistan’s most populous region, lifted a ban on protests imposed amid a political crisis facing Pervez Musharraf, the president, to allow a rally to go ahead.

Other small protests were held in Karachi, Multan and Quetta.

A politician from the party of Nawaz Sharif, the exiled former prime minister, has called for Rushdie to be murdered.

“Whosoever kills him will be the hero of Muslims,” Khwaja Saad Rafiq told Pakistan national assembly.

A group of traders has offered a reward of 10 million rupees ($165,000) for anyone who beheads Rushdie, while a group calling itself the Pakistan Ulema Council has awarded Osama bin Laden its highest honour in response to the British award.

Meanwhile, a provincial chief minister handed back the medals given to his grandfather by the former British colonial rulers.

Arbab Ghulam Rahim, chief minister of Sindh province, said he was returning a medal given to his grandfather by Britain’s King George VI in 1937 and a title awarded to his uncle by the British in 1945.

“I will now return these as no Muslim can accept any title from the Queen after she honoured Salman Rushdie,” he said.

In Iran, a prominent cleric said that the fatwa issued by the late Iranian Ayatollah Ruholla Khomeini in 1989 calling for Rushdie’s death was “still alive”.

“In the Islamic Iran that revolutionary fatwa of Imam [Khomeini] is still alive and cannot be changed,” Ahmad Khatami said in comments during Friday prayers that were broadcast on state radio.

Britain has defended the knighthood, stressing the importance of free speech and saying it was part of a trend of honouring Muslims in the British community. 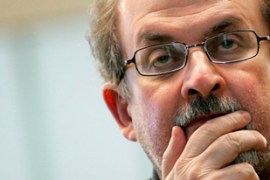 British foreign secretary regrets the furore over the author’s knighthood. 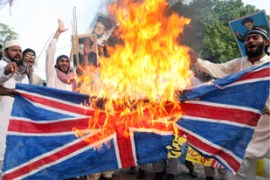 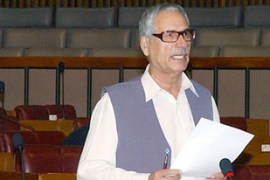 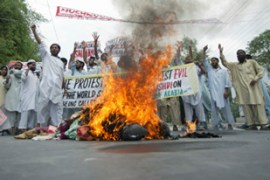 UK accused of insulting Islam by awarding a knighthood to Salman Rushdie.