The armed wing of Hamas, in control of Gaza after defeating loyalists of rival Fatah, said one of its fighters also died in the battles.

In the occupied West Bank, Palestinian security sources said the two Palestinians killed by Israeli troops were a member of Islamic Jihad and a fighter allied to Fatah.

The Israeli military said it arrested 15 wanted Palestinians overnight during operations across the West Bank.

Late on Wednesday, Hamas fired the first rocket attacks since taking over Gaza last week at the Israeli town of Sderot and Nir Am Kibbutz.

A house was hit and some cars were damaged, but no injuries were reported.

Hundreds were still stranded at the closed Gaza-Israel border, including many Fatah officials who fear returning to the Hamas-controlled area.

“Hamas must decide what their objective is – is it power, is it Israel’s destruction, or is it peace for the Palestinian people?

If you are in the Gaza Strip, you can also mail your opinions to:
Gazacrisis@aljazeera.net

“Barak on Wednesday ordered the army and co-ordinator of Israeli  activities in the Gaza Strip to provide emergency medical assistance in Israeli hospitals to wounded Palestinians blocked at the Erez crossing,” a spokeswoman said.

Buses provided by the Israeli army also transported about 100 Palestinians to the Egyptian border under a deal struck with Cairo, an Israeli military spokeswoman said.

The humanitarian situation inside Gaza remains bleak, with hospitals struggling to treat victims of factional fighting, and supplies of fuel and food growing shorter.

And at the closed Erez crossing, hundreds of people were still trapped, many of them Fatah supporters attempting to leave Gaza for the West Bank or Israel after Hamas’s takeover.

Some Palestinians said they had been trapped at the crossing for more than five days. Al Jazeera’s James Bays reported from the crossing that nerves were frayed and fights had broken out among those fleeing. 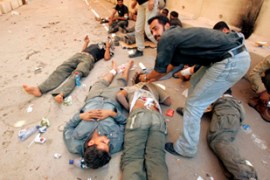 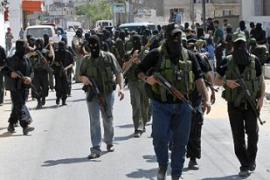 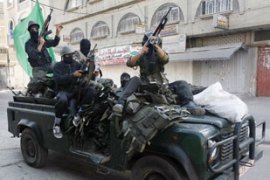