Three spacewalks, each lasting six-and-a-half hours, are planned on the fourth, sixth and eighth days of the mission, which is the 21st shuttle mission to the ISS.

Mike Leinbach, shuttle launch director, told the crews shortly before lift-off: “It took us a little while to get to this point, but the ship’s in great shape.

“It’s beautiful weather for you out there, so good luck and Godspeed.”

Nasa plans at least 13 more shuttle missions to finish the $100bn station by 2010, when the US space agency retires its three-shuttle fleet.

In March, a freak hail storm damaged the shuttle’s massive external fuel tank as the orbiter stood on its Florida launch pad, forcing Nasa to delay the mission for three months.

However the weather on Friday was not a problem, even though the area frequently sees afternoon thunderstorms.

The Atlantis mission is led by Commander Frederick Sturckow, 45, a marine colonel, who will be joined in the cockpit by co-pilot Lee Archambault, 46, an air force colonel.

The seventh passenger, Clayton Anderson, 48, will stay behind at the ISS for a four-month mission while Atlantis brings back to Earth flight engineer Sunita Williams, who has been working at the space station since December.

The Atlantis mission is the fifth shuttle trip since the Columbia tragedy of February 2003, when the shuttle disintegrated as it re-entered the atmosphere, killing its seven astronauts. 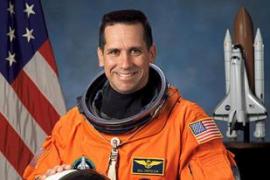 US space agency says Bill Oefelein will return to the navy with effect from June 1. 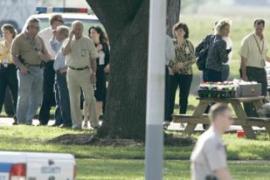 Armed man kills a male hostage and then himself at Johnson Space Centre in Houston.