“We have no conditions and we are ready for constructive talks but we will not accept any preconditions. We are ready to remove concerns over Iran’s atomic issue.”

Solana is empowered by the world’s major powers – the United States, Russia, China, Britain, France and Germany as well as the EU – to explore the scope for formal negotiations on a package of economic, technological and political initiatives if Iran suspends enrichment.

Previous meetings have failed to persuade Tehran to obey UN resolutions demanding that it halt enrichment, a process which the West believes Iran is seeking to master so that it can build atomic bombs. Tehran denies the charge.

The UN Security Council has imposed two sets of sanctions on Iran since December for its failure to heed UN demands.

The United States, which has led efforts to isolate Iran, has threatened further steps.

Iran temporarily suspended enrichment under a previous deal with the European Union but that pact collapsed in 2005 and Tehran resumed the work. 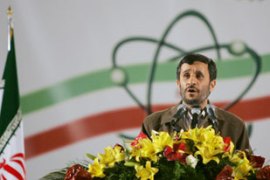 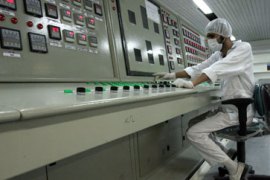