The US has accused Tehran of aiding Shia militia groups and attacking US soldiers, claims vehemently denied by Tehran.
Tensions have also intensified in recent months over the arrest by the US of seven Iranians accused of being intelligence operatives.
Iraqi welcome

“Iran has agreed to talk to the US side over Iraq, in Iraq, in order to relieve the pain of the Iraqi people, to support the government and to reinforce security in Iraq,” he said, according to the state-run IRNA agency.
“The time and date of the talks and the ranking of the negotiating team will be made public this week.”
Hosseini said the talks would go ahead after the US made an official request to Iran through the Swiss embassy in Tehran and also following mediation efforts by Iraqi officials, Iranian media reported.
Hoshiyar Zebari, the Iraqi foreign minister, welcomed the talks saying: “This is a positive sign.
“The US is a major player and so is Iran, and there will be a room for some substantial discussions for the stability of Iraq.”
US officials have often said they would meet their Iranian counterparts but that talks would have to be limited to Iraq.
The annoucement came just after Dick Cheney, the US vice-president, held talks with Hosni Mubarak, the Egyptian president, during his latest stop on a tour of the Middle East.
The US is also seeking Egyptian help in drawing Iraq’s Sunni Muslims into the country’s fragile political process.
Source : News Agencies 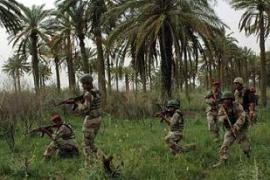 Search launched for three missing soldiers after the deadly attack south of Baghdad. 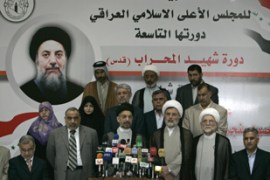 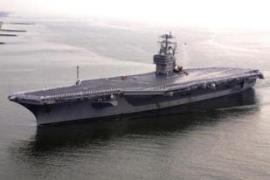 Iran calls for ‘Gulf of Peace’