He condemned terrorism and the use of religion to justify a “thousand faces of violence” and said “peace is sorely needed”.

Elsewhere in his speech the pope touched upon the Middle East saying the region’s future was “put seriously in jeopardy” by the political paralysis in Lebanon.

But he said he saw “some signs of hope in the dialogue between Israel and the Palestinian authority” following the formation of a Palestinian unity government last month.

He singled out the “catastrophic humanitarian situation” in Darfur and other African places of suffering, including violence and looting in Congo, recent fighting in Somalia and the “grievous crisis” in Zimbabwe, marked by crackdowns on dissidents, a disastrous economy and severe corruption.

Aside from lamenting the world’s suffering in his message that was broadcast worldwide, the pope ended on a positive note by delivering Easter greetings in 62 languages, including Hebrew and Arabic. 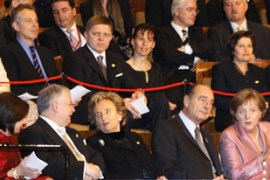 Pope Benedict calls for a mention of Europe’s Christian roots. 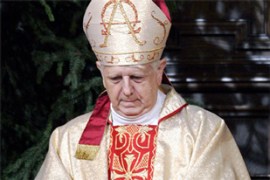