Islamic bonds are typically backed by physical assets that pay a dividend or rent to bondholders rather than interest, which Islam equates with usury.

“The $500 million sukuk could be finished in six months, and the convertible faster than that,” Shirawi said.

Tamweel said on Saturday it would allow foreigners to own up to 40 per cent of its shares to prepare for the convertible sukuk sale.

Tamweel is also looking to sell $300m of Islamic bonds backed by residential mortgages, in what could be the first real securitisation in the United Arab Emirates.

He said “we should conclude this milestone deal in the next couple of months”, and that the asset-backed securities would have a maturity of 15 years.

Shirawi said Tamweel is considering expanding into Saudi Arabia and Egypt as its first international ventures.

He said: “We are a market maker and if we enter those markets we will stimulate their growth.”

Saudi Arabia is preparing a mortgage law as part of plans to meet demand from a rapidly growing population. The kingdom will need to build 1.5 million homes by 2015, al-Rajhi Banking & Investment Corporation estimated in January.

Egypt has set up a mortgage authority to regulate the growing market for housing loans.

The UAE central bank turned down Amlak’s application for a banking licence.

Tamweel is still waiting for word on its efforts to obtain a bank licence, which would allow it to collect deposits and reduce the cost of funds it lends as mortgages.

With demand growing among the world’s 1.2 billion Muslims for investments that comply with their beliefs, more Gulf Arab companies are selling sukuk. 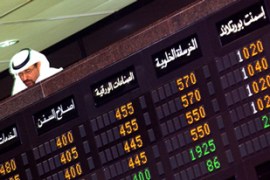 Plan to set up Islamic mega-bank

Bahrain-based bank will have an initial capital of $1bn from financial institutions.