Vojislac Kostunica, the Serbian prime minister, addressed the council on Tuesday, arguing that the recommendation violates the UN charter by harming the territorial integrity of a member state.
He called for new negotiations between Kosovo’s Serbs and Albanians “offering substantive autonomy to enable Kosovo to develop its future without violating the UN charter”.
EU membership
Fatmir Sejdiu, the Kosovo president, said that Ahtisaari had produced “a fair and very balanced package” and said he regretted that no agreement with Kosovo Serbs had been possible.
“We believe that the only viable outcome of the Kosovo status process is independence, subject to a period of international supervision,” he said.
He said Kosovo’s ultimate objective was full membership of the European Union and Nato.
Ahtisaari also rejected suggestions that he would be asked to terminate his mission and said he remained available to Ban Ki-moon, the UN secretary-general, and to the Security Council.
The former Finnish president also said that “tinkering with some of the elements in the proposals I made” would make it impossible to implement the plan.
Kosovo is the last big dispute remaining since the break-up of Yugoslavia in the 1990s.
The province has been under UN administration since 1999, after Nato launched bombing raids it said were to stop Serb forces from driving out the province’s ethnic Albanians, who are 90 per cent of the population.
Source : News Agencies 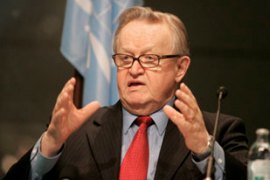 UN envoy to send his proposal for the future of the region to the Security Council. 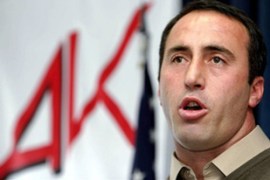 Murder of Serbs among 37 charges against Ramush Haradinaj and his co-accused.

Murder of Serbs among 37 charges against Ramush Haradinaj and his co-accused.