“We remind the doctors, nurses, healthcare workers and all those affected by this unjust law, that they can invoke their human right to conscientious objection.”

Hugo Valdemar Romero, spokesman for the archdiocese, said the church would not stop campaigning against abortion, despite the interior department saying it was investigating whether church leaders violated laws that forbid their involvement in politics.

Doctors and nurses who performed abortions and legislators who supported the legalisation would be excommunicated, the spokesman said.
The church’s campaign against Mexico City’s new law legalising abortions in the first 12 weeks of pregnancy potentially clashes with a constitutional ban on religious political activism.
Elsewhere in Mexico, abortion is only allowed in cases of rape, danger to the mother’s life or severe foetal defects.
The only countries in the region that allow abortion are Cuba and Guyana.
Source: News Agencies 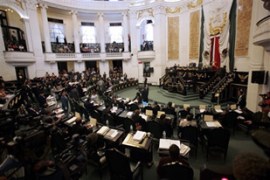 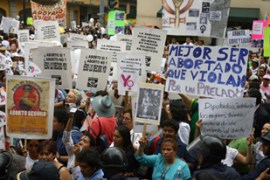 Bill could legalise abortion for first three months of pregnancy in Mexico City.