Hillary Clinton, in a simultaneous speech at a Baptist church less than one street away, said that the voting rights won after the 1965 march had made possible her campaign to be the first woman president.

She also praised the march for allowing today’s campaigns by Obama and Bill Richardson, the New Mexico governor, who would be the first Hispanic president.

Clinton said: “I know where my chance came from, and I am grateful. The people of Selma understood that voting matters.”

Both services ended with the candidates linking arms with other speakers and joining the audience in singing the civil rights anthem We Shall Overcome.

The two candidates later joined Bill Clinton and thousands of others in walking across the Edmund Pettus Bridge.

In 1965, state troops violently attacked black marchers in a confrontation at the bridge that drew national attention and helped lead to the passing of voting rights legislation.

Hillary Clinton and Obama are the primary contenders for the 2008 Democratic presidential nomination.

Obama had been scheduled to give the keynote address at Selma for weeks. Clinton, refusing to cede any black support to Obama, decided to attend as well.

Both candidates said the march should be seen as a beginning and urged a new generation to pick up the torch. Clinton said: “We have a march to finish.”

They praised each other at a rally outside the AME church before the march stepped off.

Clinton said: “I think it is so exciting that we have a candidate for president like Barack Obama who embodies all that was done right here 42 years ago.”

Obama said he was glad Clinton is “here with us marching arm in arm. We don’t have the time for other folks to distract us.”

In praise of Bill

Bill Clinton was inducted in the Voting Rights Museum‘s Hall of Fame after the ceremony in his first campaign appearance with his wife since she entered the White House race in January.

“All the good speeches have been done today by Hillary and Senator Obama – I’m just bringing up the rear,” he said.

Hillary Clinton, a New York senator whose husband is hugely popular with black voters, has enjoyed big leads over Obama.

But recent polls have shown Obama edging closer to Clinton‘s national lead and he has gained ground among black voters as they become more familiar with the Illinois senator.

The Selma ceremony has highlighted the candidates’ emphasis on the importance of black voters, the most loyal Democratic constituency.

In Alabama, which could hold its electoral primary in February 2008, the “black vote” could constitute more than 40 per cent of the total vote. 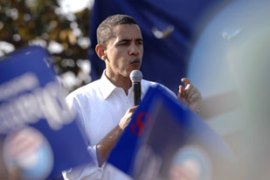 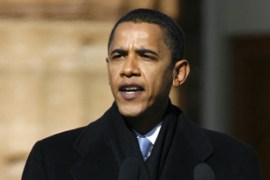 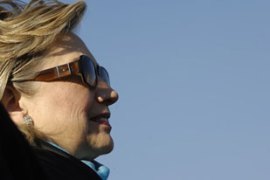 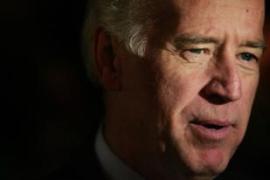 Reduction of US involvement to ‘support’ role is considered after senate vote fails.