China is the world’s second biggest oil consumer.
Venezuela says it pumps about 3.3 million barrels of oil per day (bpd) although analysts say the figure is about 2.7 million.
It is the fifth-largest oil exporter to the United States.

Chavez has said Venezuela is looking to ship one million bpd there by 2012.

China is also planning to develop the heavy crude of Venezuela‘s Orinoco Belt and work jointly with Venezuela on building refineries and tankers.

Venezuela is forging oil co-operation with countries such as Iran, China and Russia while stripping US corporations such as Conoco Phillips, Chevron and Exxon Mobil of their majority stakes in Venezuelan projects.

Chavez said China had given its approval to a $6bn fund for development work in Venezuela.

China will supply $4bn with Venezuela contributing the remaining $2bn. 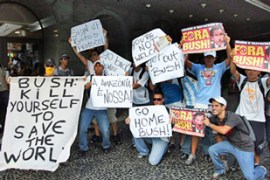 Bush and Chavez on rival tours

Both leaders seek to woo Latin America by embarking on separate tours. 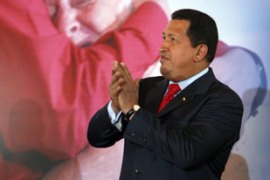 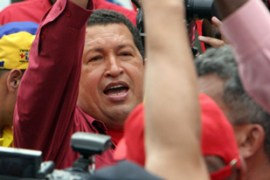 Oil companies told to surrender projects or else they would be seized by the state.