Than Shwe vowed to “crush, hand-in-hand with the entire people, every danger of internal and external destructive elements obstructing the stability and development of the state”.

About 15,000 troops paraded in front of the assembled ministers, generals, foreign defence attaches and international and local media at sunrise in Naypyidaw.

The new capital, replacing Yangon, has been built in the jungles of central Myanmar, stretching over a vast area dotted with ministries, military buildings and apartment blocks.

The public was barred from attending the event, but the annual ceremony marking the beginning of resistance to Japanese occupation during World War II is one of the few times of the year when Than Shwe allows his image to appear in official media.

Than Shwe displayed few signs of the reported ill health that has caused concerns that a power struggle could erupt in Myanmar if he were to die.

The ageing general spent two weeks in Singapore for medical checks in January, and upon his return staged an unusual series of appearances in state media to dissuade any concerns about his health.

The government also said Mynamar was making progress towards democracy after being under military rule since 1962.

Brigadier general Kyaw Hsan, the information minister, said a draft of guidelines for drawing up a new constitution “is near completion”.

He said that unfinalised basic guidlines for drafting the new constitution would be adopted at the next session of the national convention.

The convention is the first stage of a seven-stage plan that is supposed to lead to new elections and the restoration of democracy, at a date that remains unspecified.

“We know that the international community has some worries about the implementation of the seven-step road map,” Kyaw Hsan acknowledged.

The current military junta took power in 1988 after crushing pro-democracy demonstrations and held a general election in 1990 but refused to recognise the results after a landslide victory by the National League for Democracy party of Nobel laureate Aung San Suu Kyi. 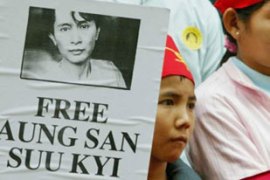 Government hits back at critics saying progress is being made toward democracy. 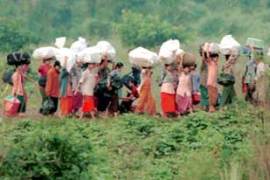 Military government says pursuit of UN resolution was attempt to overthrow it. 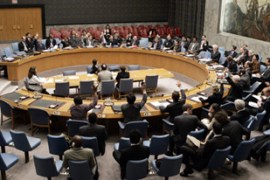