“It is a question of solidarity. They do not want to be the only ones to be stepping up in this regard,” said an alliance source who requested anonymity.
Resurgence fears
Nato has previously said that it expects the Taliban to step up violence in the weeks ahead as snows melt and the weather gets warmer.
“We think the upcoming spring in Afghanistan is a pivotal moment in the conflict and we’re encouraging the allies to do as much as they can, as soon as they can,” said a senior US defence official en route to Seville from Washington.
The Taliban successfully overran the town of Musa Qala in the southern Helmand province last week.
Contributions
The Nato meeting comes just weeks after Robert Gates, the US defence secretary appointed in December, visited Afghanistan.
Afterwards, he increased the number of US troops on the ground and requested $8.6bn in funding to train Afghan forces.
Craddock, who took over as Nato’s supreme commander in Europe in December, is due to set out plans to deploy two new battalions, around 2,000 troops, to the east close to the border with Pakistan, plus a further battalion in the south.
The ministers are also expected to discuss Nato’s peacekeeping mission in the breakaway Serb province of Kosovo.
Source : News Agencies 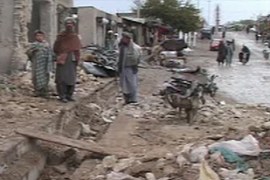 Operation to recapture town taken by Taliban gets under way. 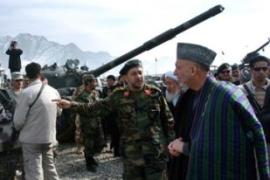 Weaponry and armoured vehicles given to national army in handover ceremony. 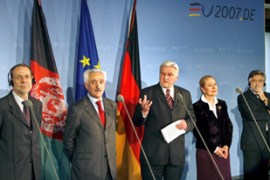 Afghanistan’s government and its backers are criticised for tardy progress.