New direction
Opening the debate, Nancy Pelosi, house speaker and a California Democrat, said: “The American people have lost faith in the president’s course in Iraq, and they are demanding a new direction.”
Pelosi said the vote would show whether politicians had heard the message voters sent in November elections that current policies on the war “have not worked, will not work, and must be changed”.
The elections propelled Democrats to the majority in both the senate and house.
Pelsoi said that there would be “no more blank cheques for President Bush on Iraq”.
Emotional debate
In the sometimes emotional debate, in which both sides sought to show off their military veterans, Republican leaders argued that far more than Iraq was at stake if the US brought its troops home right away.

John Boehner, Republican minority leader, warned that to leave Iraq now would be to give free rein to Iran in the region and leave Israel particularly vulnerable.

Iraq, he said, was only part of a global fight against “radical Islamic terrorists”.
On Tuesday, an estimated 50 Republicans attended a briefing from the ambassadors from Saudi Arabia, Egypt, Jordan and Qatar.
Nearly three dozen Republican House of Representative members had attended a January 30 off-the-record briefing with the ambassadors.
According to legislators and aides, the ambassadors told members that a precipitous US withdrawal would be disastrous.
Growing doubts
The measure, which has sponsors in both parties, is expected to pass in a vote on Friday with the support of most Democrats, as well as some Republicans who have growing doubts about the war, which has taken more than 3,100 American lives.
The proposal could then move to the senate.
In addition to the resolution, Democrats in the house have pledged to take further action against the war.
They are expected to try to put restrictions on $100bn in additional funds that Bush has requested for the war, requiring, for example, that soldiers go to Iraq only after being certified as fully trained and equipped.
Public support
Tom Lantos, the California Democrat, who chairs the house foreign affairs committee, said: “Congress will be dealing with the Iraq issue for months to come, in fact, for as long as it takes to end this nightmare.”
A Today/Gallup poll published on Tuesday said Americans overwhelmingly supported congressional action to cap the number of US troops in Iraq and bring them home by the end of next year.
A CBS News poll, also published on Tuesday, showed 63 per cent of Americans were against sending more troops to Iraq.
However, they were evenly divided over whether congress should pass the nonbinding resolution against the president’s plan, 44 per cent said they would like to see it passed, while 45 per cent were against it.
Source : News Agencies 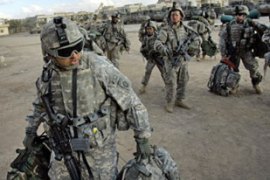 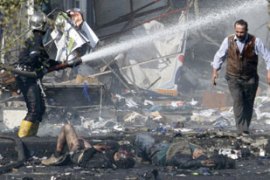 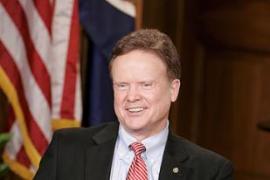 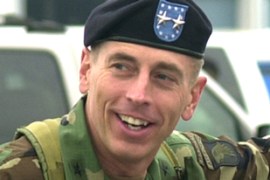 New US commander in Iraq says failure will bring “violence and civil strife”.