Brigadier Udaya Nanayakkara, a military spokesman, said Wednesday’s attack occured in the north-central district of Anuradhapura, about 265km northeast of the capital, Colombo.
The defence ministry accused Liberation Tigers of Tamil Eelam (LTTE) fighters of carrying out the attack.
A statement said: “Terrorists have detonated a roadside bomb at Abhimanapura, on the Kebithigollawa-Padaviya road.”
It came a week after the LTTE was held responsible for two bomb attacks that killed at least 21 people in Colombo.
The incident came despite a stepping up of already tight security arrangements across the country amid fears that the fighters could avenge recent military strikes inside LTTE-held areas.
Source : Al Jazeera 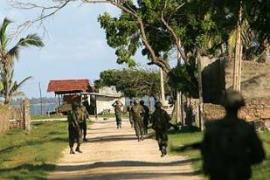 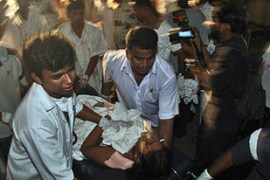 At least 17 people killed in bomb blast hours after attempt on minister’s life. 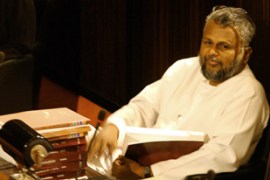 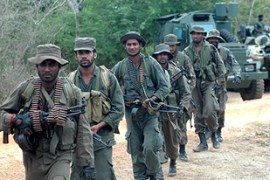