Security forces sealed off the area, which is close to the Iraqi interior ministry and houses one of Baghdad’s main bus stations, AFP reported.

A double car bombing in the same area in January this year left more than 80 people dead.

Fighters have frequently attacked markets across Iraq, particularly in Baghdad.

The latest attack comes at the end of a relatively quiet holiday period in Baghdad.

According to the US military, violence across the country is down nearly 60 per cent.

But attacks continue in Diyala province, north of Baghdad, where military commanders say many fighters that previously controlled parts of the capital have fled. 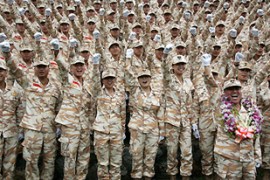 Parliament backs extension of the troop deployment in Iraq for another year. 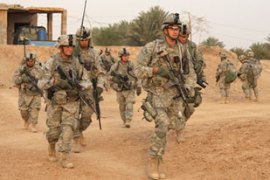 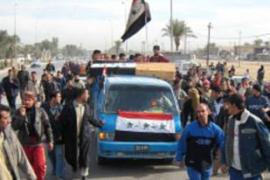