Le Gouil was reportedly in the northern region investigating a story about Somali migrants being smuggled to Yemen.
The Puntland region, although relatively free of the violence that has plagued the rest of the country, has become increasingly associated with kidnappings and piracy.
Increase in kidnappings
The journalist’s driver told Reuters news agency after he was kidnapped that three men with AK-47s had pulled the car over and demanded a ransom of $70,000.
He said the journalist had contacted the armed group to help him with the story, but the group had reneged on the deal.
Bossasso is the economic capital of Puntland and faces Yemen across the Gulf of Aden, where many African illegal immigrants attempt the perilous journey in a bid to reach wealthy Arab nations.

However, about 300 people have died and a further 300 were reported missing last year while attempting to make the journey, according to the United Nations High Commissioner for Refugees.

The incident comes days after about 100 Burundi soldiers arrived in the Somalian capital to deploy as part of an African Union peacekeeping force aimed at stabilising the volatile Horn of African nation, which has been without an official government since 1991. 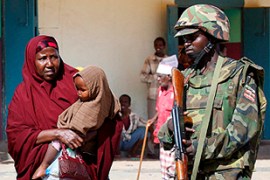 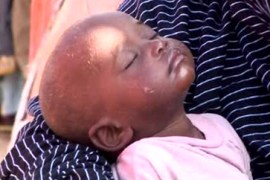 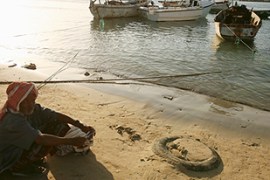