The number of soldiers who are dismissed is higher than the number of fatalities and serious casualties in both conflicts.
Researchers said the results may be a reflection of combat stress.
Christianne Tipping, a defense management analyst at Rics, said it was a problem that needed to be tackled.
She said: “The issue of an increasing number of drug-related discharges at a time when recruitment and retention are problematic needs to be examined by the Ministry of Defense (MoD).”
The MoD, which dishonorably discharges those tested positive for drugs, said drug taking in the army was not widespread.
“Drug misuse is incompatible with service life and is not tolerated. The increase in individuals testing positive for cocaine is a reflection of society as a whole,” an MoD spokesperson said.
An MoD statement said that drug misuse is significantly less prevalent among British service personnel than in corresponding civilian groups.
It said positive rates in the army over the past four years average around 0.77 per cent, compared with more than 7 per cent in civilian workplace drug testing programmes in Britain.
Source: News Agencies 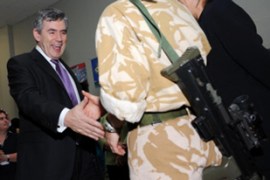 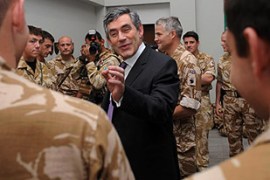 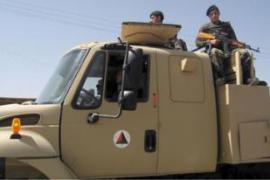 Troops close in on ‘Taliban’ town