The two people killed have been named as Susanna Gazorian, 22, and Yelena Tarasova, 17, from Pyatigorsk, a source in the Russian emergency situations ministry in Stavropol told the Interfax news agency.
A police official was quoted by Interfax as saying that the bomb was homemade.
The bus was parked at a station in the town of Nevinnomyssk when the explosion caused the bus to catch fire.

Other sources said the blast could have been caused by an exploding gas canister.

The latest blast came after a nail bomb exploded on a bus in the near by North Ossetia province on November 22, killing five people.
Russia’s north Caucasus is a volatile region wracked by violence centred on Chechnya, which has fought two separatist wars since 1994.
Source: News Agencies 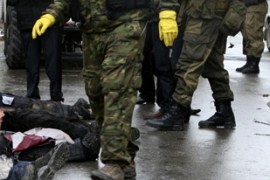 Seven killed in latest standoff between police and armed groups in troubled region. 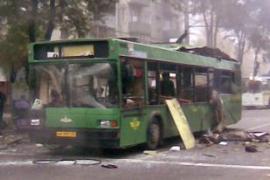 Police are treating rush hour incident in the city of Togliatti as a bomb attack.