Hamas, which is not recognised by the European Union or the US, had not been invited to the US meeting.

It said on Monday that it would not be bound by any decisions taken there.

Rowland said: “Haniya issued a warning to the Palestinian team in Annapolis, saying don’t think you can negotiate fundamental Palestinian rights, such as the status of Jerusalem, the right of Palestinian refugees to return if you make any such undertaking that will not bind the rest of the Palestinian people.”

The position of Hamas is that this conference has only one purpose and that is to normalise relations between Israel and the Arab states through the back door.
Hamas have declared Mahmoud Abbas, the president of the Palestinian National Authority, a “traitor” for attending the conference.
Saudis criticised
Haniya also criticised Arab countries, including Saudi Arabia and Syria for participating in the US peace meeting, despite appealing for a boycott.
“We are against any attempts for either direct or indirect normalisation (with Israel) and are against the presence, for the first time, of an Arab delegation by the side of a Zionist delegation at the Annapolis conference,” he said.
Haniya warned that Hamas will not lay down its arms.
“We will stand firmly in the face of any procedures or policies that aim to get at the will of our people, or factions and their weapons of resistance”, he said.
Hamas, which refuses to recognise Israel, swept aside Abbas’s long-dominant Fatah party in parliamentary polls in January 2006.
It has argued that without its accord the president lacks the mandate to negotiate on behalf of all Palestinians.
Source: Al Jazeera, News Agencies 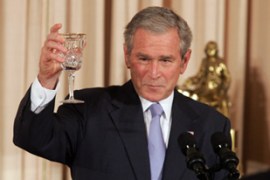 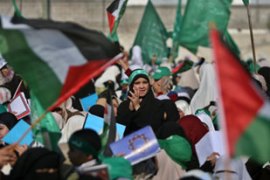 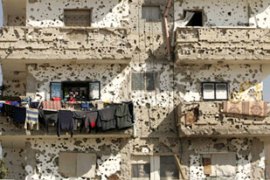 Key concerns could hold up talks

Issue of refugees and their right of return remains a major area of disagreement.