Moshiri said the injured Italians had been working on a bridge “for four days consecutively when this suicide attack took place around 10 [0530 GMT] this morning”.
“They were surrounded by local children who were curious about what was going on.
“It’s also normal for soldiers or engineers or reconstruction workers to give out sweets and chocolates,” she said.
The Taliban said it carried out Saturday’s attack.
Taliban claims responsibility
Zemarai Bashary, an interior ministry spokesman, had earlier said that six children had been killed in the attack near a Nato-led unit in Paghman, about 25km west of Kabul, but later said three had died.
The Nato-led International Security Assistance Force, which includes about 2,390 Italian soldiers, confirmed its forces were involved in the incident.
Moshiri reported: “The Taliban have told us that a suicide bomber called Mustafa from Kabul carried out the attack this morning … [and] they killed four Italians and injured three others.
“Their version is that any civilians who were killed died in gunfire which happened afterwards – they haven’t claimed responsibility for the deaths of the civilians.”
There have been more than 130 suicide attacks in Afghanistan this year, most of them blamed on Taliban fighters.
Source: Al Jazeera, News Agencies 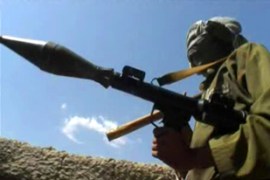 Many die in Afghan suicide attack

Victims include son of a provincial governor and six of his bodyguards. 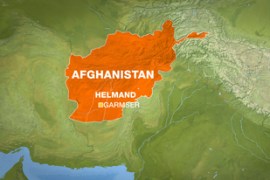 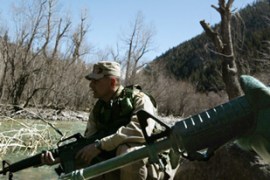