Police also found a second device after Thursday’s attack but managed to deactivate it.

Small-scale bombings are common in southern Philippines, where explosives are often used as a means of extorting money.

Governor Jesus Sacdalan, a provincial official in North Cotabato where the mall blast occurred, said the explosives were left in a bag at the mall’s baggage counter.

Mayor Rodolfo Gantuanco said a man claiming to be a member of the Al-Khobar extortion gang had telephoned him to claim responsibility for the attack.

The group is suspected to have links with Muslim fighters and has been blamed for several bombings in the country’s south in recent months.

Last week a bomb exploded at the congressional building in the capital, Manila, in what was believed to be an assassination attempt on a Muslim legislator.

A month earlier, an explosion rocked the Glorietta shopping mall in the city killing 11 people. The cause is being investigated. 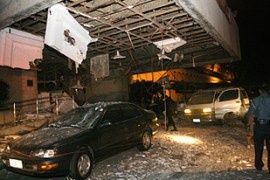 Police say bombing may not be revenge attack by separatist group. 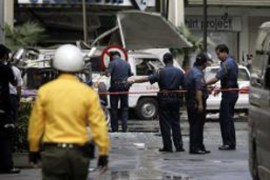