The contract rose $3.39 during the floor session on Tuesday in New York to a record close of $98.03 a barrel.
The Nymex will be closed on Thursday for Thanksgiving and close early on Friday.

Energy futures got a boost on news of problems at two oil facilities on Tuesday.

A Valero Energy Corp refinery in Memphis, Tennessee, that processes 180,000 barrels of crude a day has shut down for 10 days of unplanned maintenance.

Also, a Royal Dutch Shell PLC plant that converts bitumen from Alberta’s oil sands region into 155,000 barrels a day of synthetic crude oil was temporarily shut down due to a fire.

Beyond these temporary concerns, investors are anxious that as global demand for energy grows, fuelled by China and India’s rapid development, oil supplies will not be able to keep up.

Crude prices are within the range of inflation-adjusted highs set in early 1980. Depending on how the adjustment is calculated, $38 a barrel then would be worth $96 to $103 or more today.

Traders were also closely watching for the release of Wednesday’s petroleum inventory report from the US energy department’s Energy Information Administration. 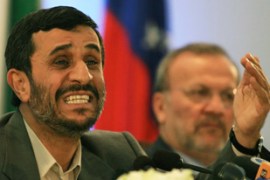 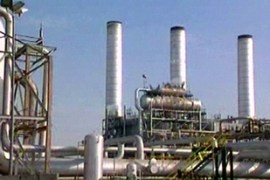 At least 28 killed as blaze breaks out in pipeline following gas leak. 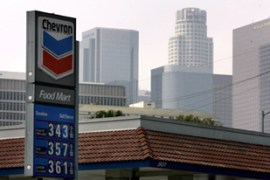 US energy giant agrees to pay $30 million to resolve liabilities over Iraq scandal. 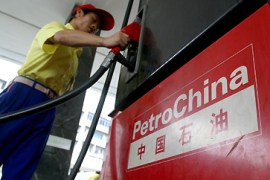