The forests are increasingly being cleared for palm oil, which is being touted by producers as an environmentally friendly biofuel.

The report focused on the province of Riau on Indonesia‘s Sumatra island, home to a quarter of Indonesia‘s oil palm plantations and where another three million hectares of forest are set to converted within 10 years.

The government plans to convert four million hectares into palm oil plantations by 2015 solely for the world biofuel market in addition to the existing six million hectares.

Provincial governments have set even more ambitious targets, with plans to convert up to 20 million hectares.

“Trade in palm oil by some of the world’s food giants and commodity traders is helping to detonate a climate bomb in Indonesia’s rainforests and peatlands,” said the Greenpeace report.

“Efforts to prevent dangerous climate change will not succeed unless this and other industries driving forest destruction are brought under control.”

The report comes as United Nations environment ministers prepare for a meeting in Bali next month.

The report said Europe‘s shift to biofuels as part of plans to cut carbon emissions was a decisive factor in booming palm oil demand.

“This use alone equates to the harvest from 400,000 hectares or 4.5 per cent of global palm oil production,” it said.

Calling for a ban on clearing of peatland forests, the group urged the palm oil trade not to buy and sell produce from degraded peatland areas saying governments should exclude palm oil from biofuel and biomass targets.

The Greenpeace report says tropical deforestation accounted for about a fifth of all global emissions.

“Indonesia now has the fastest deforestation rate of any major forested country, losing two per cent of its remaining forest every year,” it added.

Indonesia is the world’s top emitter of greenhouse gases from deforestation and comes in third after the United States and China in terms of total man-made greenhouse gas emissions, the group said. 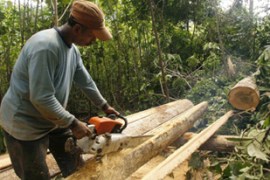 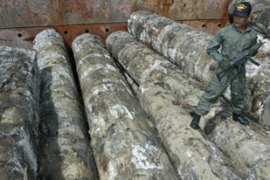 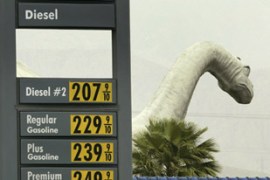 UN panel says South-East Asia natives among those most at risk of being displaced.