In an exclusive interview with Al Jazeera correspondent Tony Birtley, monks released from detention have vowed to continue their struggle for greater freedom in the country.

When Ibrahim Gambari, the UN envoy, left Myanmar he left behind a country in turmoil, the military in absolute control and a population in fear.

One of the monks, who declined to give his name, said he is determined to carry on the fight for freedom.

He said: “No, I’m not afraid. But I’m afraid to get arrested, I’m afraid to die because I want to be alive. I want to fight the government, I want to keep away from [being] arrested. I will try.”

After the protests, the military government had arrested hundreds of monks and activists. They describe routine beatings and poor conditions within the prisons.

“I saw so many men – their backs were very red from the beatings. Some of the monks were bleeding from their mouth because the soldiers were hitting them with a stick, and one monk didn’t have any teeth left,” the monk said.

On the outside, the government has relaxed restrictions in Yangon and a night-time curfew has been lifted.

There are fewer soldiers on the streets, but the generals are still in power, the dire social and economic conditions which sparked the protests remain and people are still defiant.

“Our demands are for lower commodity prices, national reconciliation and immediate release of [pro-democracy leader] Aung San Suu Kyi and all the political prisoners,” said a monk protesting in Pakokku.

He said the march on Wednesday was small as they had little time to organise it, but added: “There will be more organised and bigger protests soon.”
Activists who had been under arrest told Al Jazeera they were determined to continue their protests.

One said: “So many people are dying … we must struggle.

“Now we will be joining [together] and also waiting [for] the time when we have a good chance … to be able to start again.”
‘Child soldiers’

There are high desertion rates and a lack of willing volunteers.

According to the US-based Human Rights Watch children as young as 10 are being forced to join Myanmar’s armed forces with the government offering brokers cash and other incentives for each new recruit.

Myanmar has rejected the group’s report saying HRW “based its report on baseless accusations and exaggerated lies of insurgent groups on the border”.

The monks told Al Jazeera that an expansion of the army will lead to more violence.

There is still no exact figure for the number of people who were killed last month, nor how many were arrested. 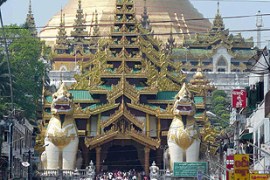 Fresh protest by monks in Myanmar

Demonstration in a northern city reported as seven opposition leaders are released. 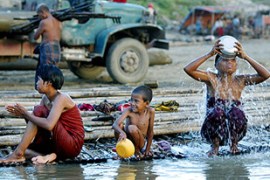 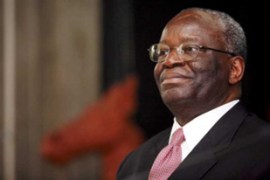