Power lost
“The wind is tremendous here, and we’ve lost power,” said Chuang Min-hsiang, a resident of Taitung in the south-east of Taiwan.
“We’re all at home doing work to protect ourselves from the typhoon.”
A service staff member at Taipei’s Kaohsiung airport said more than 10 international flights were cancelled on Saturday, while northern Taiwan’s main port in Keelung was closed for part of the day.
Krosa was recorded as packing sustained winds of 184kph and gusts of up to 227kph at 0200 GMT on Saturday, Taiwan’s Central Weather Bureau reported.
Tropical Storm Risk, a British typhoon tracking organistaion, labeled Krosa a category 4 typhoon.
The group said Krosa was expected to weaken to a category 3 storm by early Sunday morning and a category 2 by Sunday, when it is expected to hit China’s Zhejiang province, before heading northeast toward Fukuoka in Japan.
Zhejiang officials warned that Krosa was likely to make landfall there as early as Sunday morning, and parts of the province were already enduring torrential rain on Saturday night.
Vietnam deaths
Meanwhile, floods and landslides triggered by Typhoon Lekima, which battered Vietnam’s central coast earlier this week, have killed at least 32 people and left 16 others missing, officials said on Saturday.
They warned that the death toll could still rise.
Nine bodies were recovered on Saturday in the central Vietnamese province of Nghe An, according to Tran Gia Danh, a provincial official.
“This is the worst flood to hit our province since 1988,” Danh said.
“We expect the death toll from flooding in the province to rise as communication with some villages remains disrupted.”
Producing 130km per hour winds, Typhoon Lekima made landfall late on Wednesday in Vietnam’s Ha Tinh and Quang Binh provinces.
Source: News Agencies 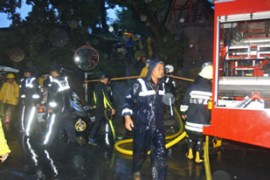 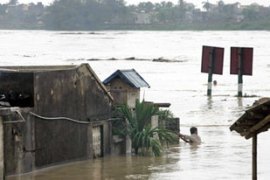 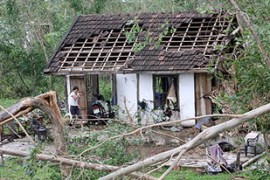 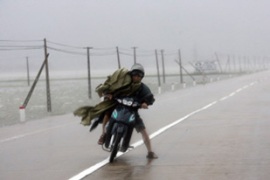