The Kurds are non-Arab people who live in the mountainous area straddling the borders of Armenia, Iraq, Iran, Syria and Turkey.

Scholars believe their culture was strongly influenced by the ancient Hurrian and Persian peoples.

The Kurds are mainly Sunni Muslims, but some are members of other religions or sects, including the Yezeidis.

Political events in the 20th century prompted a Kurdish diaspora and small Kurdish populations have since developed in a number of European countries as well as in the US.

Over 80 per cent of Kurds in the West come from Turkey, while Kurds from Iraq form the second largest group.

Throughout their history, there has never been a formal Kurdistan while in modern times Iran, Iraq and Turkey have all resisted the creation of an independent Kurdish state.

Western powers have seen no reason to help establish one.

Kurdish nationalism stirred in the 1890s as the Ottoman Empire was failing.

The 1920 Treaty of Sevres, which divided Turkey’s Ottoman Empire after World War One, did promise the Kurds independence, but three years later Kemal Ataturk, the Turkish leader, abandoned the treaty.

The Kurds were not recognised as a separate people. Kurdish revolts through the 1920s and 1930s were put down by Turkish forces and the Kurds were not allowed to speak their language in public.

The Kurdistan Workers Party, or PKK, was established in 1978, and it took up arms against Turkey in 1984 with the aim of creating an ethnic homeland in the southeast.

Since then, the conflict has claimed 30,000 lives.

While the PKK is generally supported by Turkey’s Kurds for championing their rights, not all Kurds support the PKK’s separatist aims or approve of their methods.

Abdullah Ocalan, the PKK leader, was captured in 1999, tried and sentenced to death, though his sentence was reduced to life imprisonment in October 2002 after Turkey abolished the death penalty.

Turkey lifted its ban on the use of the Kurdish language in 1991.

After World War Two, the Kurds, led then by the nationalist Mustafa Barzani, conducted an intermittent struggle against Baghdad.

In 1991, with US help, Kurdish northern Iraq won autonomy from Saddam.

The area developed economically and, subsequent to the US-led invasion of Iraq in 2003, has become the country’s most secure region.

The fall of Saddam brought the Kurdish area closer to autonomy and in September 2006 the president of Iraq’s Kurdistan ordered the Kurdish flag to be flown on government buildings instead of the Iraqi national flag. 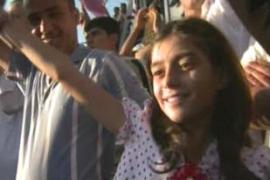 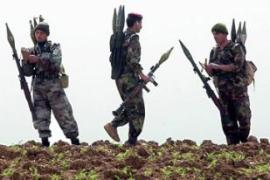 Politicans warn Turkey against launching an offensive against Kurds in northern Iraq. 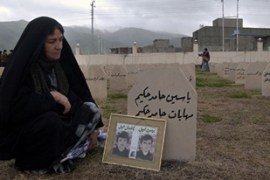 About 5,600 Iraqi Kurds were killed in chemical attacks on Halabja in March 1988.