Fresh indications of simmering resentments between the two governments surfaced in a candid interview by al-Maliki with foreign  reporters in Baghdad.

He said the US could dramatically cut troop numbers in Iraq if it offered sufficient weapons to Iraqi forces and said “I don’t think we are on borrowed time” in reference to Rice’s comment.

The White House however expressed confidence in the Iraqi leader and rejected suggestions his comments in newspapers including the Times of London, the Washington Post and Los Angeles Times, were a rebuke to Washington.

Tony Snow, a White House spokesman, said: “I dispute the characterisation that he was very critical of the president.

“The president is absolutely resolute and steadfast in his support of this government. I don’t think that there’s any distance when it comes to key issues.”

Maliki was also reported by several newspapers as saying that the insurgency in Iraq had been longer and more violent than necessary because Washington had refused to sufficiently arm Iraqi forces.

He added that a quicker programme to equip Iraqi forces could ease the burden on US troops.

He said: “If we succeed in implementing the agreement between us to speed up the equipping and providing weapons to our military forces, I think that within three to six months, our need for American troops will dramatically go down.”

The US has been wary of providing large quantities of weapons because some have ended up in the hands of militias.

Bush said in an interview on Tuesday that the manner of the execution of Saddam Hussein was reminiscent of a “revenge killing”.

Snow said: “There’s just a disagreement between the two of them on that.”

Bush aides, however, said al-Maliki had already publicly endorsed much of Bush’s new approach, in a speech made days before the US plan was unveiled.

Bush’s plan to send 21,500 more US troops has been criticised by Democrats and many Republicans since it was unveiled last week.

But Bush suggested it should be given a chance and challenged his critics to offer an alternative.

“I believe it will work,” Bush told a television station in the US.

He told another group of local stations: “My advice to those who are speaking out against a new plan that hasn’t been given a chance to work is present a plan you think will work. If disaster is not an option, what do you think will make it successful in Iraq.” 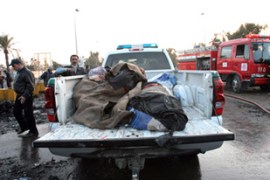 The US president says the Iraqi government has “some maturation” to do. 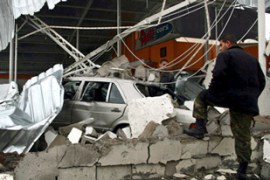 The US president plans to deploy at least 21,500 extra soldiers despite strong opposition from Democrats.