Bird flu has spread across dozens of farms in six southern provinces of Vietnam in recent weeks.

“It still has the potential capability to change, and to change in the worst scenario into a virus strain that could cause a pandemic through being easily transmitted from human to human,” Troedsson warned.

Asian nations raised their alert level after four people died of the H5N1 strain of the virus in Indonesia last week. Also, China reported its first human case of bird flu in six months, but the farmer who fell ill made a full recovery.

“There is a seasonal pattern of the influenza virus,” Troedsson said. “It is more active when it’s colder. When the temperature goes down, usually all the respiratory infection viruses get more active.

“People’s behaviour during winter time also changes. They spend more time inside homes, and homes are more crowded, so they expose each other to the risk of spreading the virus.”

Experts warned that the risk will increase when China, Vietnam and other Asian countries celebrate the Lunar New Year in mid-February, when the movement of both poultry and people sharply increases.

Migratory birds also continue to pose a risk, York Chow, the health secretary of Hong Kong, where a dead wild bird has just tested positive for a milder strain of the bird flu virus, said.

“This is the real risk that the whole world is facing,” Chow said.

But spreading information about the virus to small poultry farmers in many remote Asian regions is still problematic.

In Indonesia, which last year overtook Vietnam as the worst hit country and has now recorded 61 human deaths, I Nyoman Kandun, a goverment health official, said education remained the priority in the fight against bird flu.

“The people need to be involved,” he said. “It is [the government’s] job to package the information such that it is easily understood by everyone.

“Indonesia is vast and we have a culture of keeping poultry and other animals near the home,” said Kandun. “This needs to change, or extra precautions need to be practised.”

In Japan, agricultural authorities began culling thousands of chickens at a poultry farm in the south on Sunday after test results found a strain of the virus, officials said.

Some 4,000 chickens have died at a farm in the town of Kiyotake in Japan’s southern prefecture of Miyazaki since last week, and local officials said on Saturday that the virus belonged to the broad H5 family.
It was not yet clear whether the virus was the H5N1 strain that has killed dozens of people worldwide since 2003 but a local official said test results so far suggested that the virus was virulent enough for all the chickens at the farm to be destroyed.

Humans are not easily infected by avian influenza and the virus has so far killed 161  people worldwide since 2003, a relatively small number compared to many diseases. 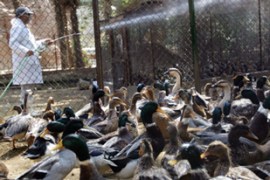 Fourteen-year-old boy killed and others infected in Indonesia, China and Vietnam. 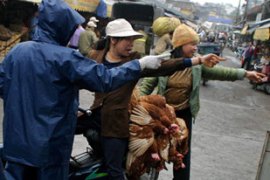 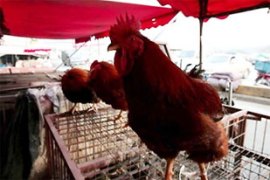 A new resistant strain of the H5N1 virus, deadly to humans and poultry, has spread throughout Southeast Asia, renewing fears of a bird flu pandemic, scientists say.