“Preliminary results revealed the five detainees are connected to the Iranian Revolutionary Guard – Qods Force (IRGC-QF), an organisation known for providing funds, weapons, improvised explosive device technology and training to extremist groups attempting to destabilise the government of Iraq and attack coalition forces,” the US military said in the statement.

“The multinational force, in keeping with US policy, will continue to disrupt logistical support to extremists that originate from outside Iraq,” it said.

The US has repeatedly accused Iran of interfering in neighbouring Iraq, including providing weapons and training to Shia armed groups.

US military officials and Iranian exiles have also claimed that there is increasing evidence that many of the most sophisticated roadside bombs being used against US and Iraqi troops are produced in Iran.

In an appearance of state-run Iraqiya television on Saturday, Al-Maliki avoided naming Muqtada al-Sadr’s Mahdi Army as a target of the increased military activity following the announcement.

“Our strategy that aims to control security is based on using force against any outlaws whatever their background or identity,” al-Maliki said.

Al-Maliki has repeatedly used that kind of formulaic language during his eight months in office, but has routinely blocked American forces from taking on his militia allies.

He told a small group of Iraqi reporters that “what we have seen in the American strategy is that it is identical to our strategy and our intentions”.

Meanwhile, Egypt and Saudi Arabia have warned that reconciliation and national unity in Iraq are necessary for the success of Bush’s new strategy.

Egypt, Saudi Arabia, Jordan and the Gulf countries – all dominated by Sunni Muslims – are increasingly suspicious of al-Maliki’s government and worried about the influence of Iran. Some fear that the Shia-led government is sidelining Iraq’s Sunni minority.

Suleiman Awaad, the Egyptian presidential spokesman, told reporters on Saturday that Egypt wants “everybody to comprehend … that a national reconciliation is the necessary condition and obligation for this process to succeed.”

A change in US policy toward Iraq was inevitable, Saud al-Faisal, the Saudi Arabian foreign minister, said.
“Unity of Iraq is necessary, independence of Iraq is necessary and peace in Iraq is necessary,” he said. “None of these have been achieved so far. There must be a change, of course.”
The comments were the first official response by the two powers to Bush’s call on moderate Arab countries to step up their support for the Iraqi government.
Source: News Agencies 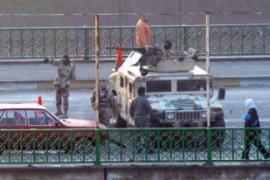 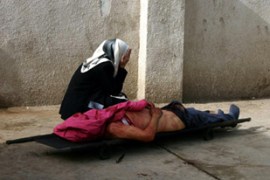