On Friday, a Taliban-style suicide car bomber struck a two-vehicle convoy carrying foreigners near the capital, Kabul, wounding a US national and two Afghans.

The bomber, whose body lay next to a burning vehicle immediately after the attack 50km south of Kabul, rammed a bomb-filled minivan into one of the vehicles, police said.

And elsewhere, an Afghan engineer kidnapped by Taliban fighters three weeks ago was found dead.

Last year was the bloodiest in Afghanistan since US-led forces overthrew the Taliban in 2001 but the violence fell off at the end of the year.

Mohammand Nabi Mullahkhail, the chief of police in Helmand, said 16 Taliban and 13 civilians had been killed in Thursday’s Nato air strike in the remote district where British troops have been fighting Taliban for months.

But a spokeswoman for the 32,000-strong Nato force said on Friday that there was no evidence of any civilian casualties.

“Our intelligence suggests all casualties are Taliban.”

Qari Muhammad Yusif, a spokesman for the Taliban movement, dismissed the report, telling Al Jazeera’s correspondent that no attack was carried out and no Taliban fighter or any civilian was killed in southern Afghanistan.

A Nato spokesman in Brussels said this week that poor communication between Nato and Afghan authorities was to blame for the killing of 31 civilians last October by warplanes during a battle with Taliban in Kandahar province.

The Afghan government’s anger over the infiltration of Taliban from Pakistan has damaged relations between the neighbours, both important US allies in the “war on terror”.

Afghanistan and its allies have been urging Pakistan to do more to end Taliban sanctuaries in the lawless border lands where Pakistani forces have also been combating fighters. 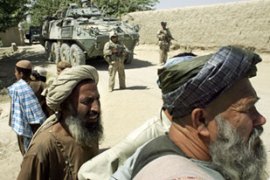 Nato ‘kills many’ on Afghan border

The military operation is the biggest in Afghanistan in months. 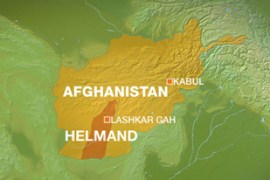 Sources close to Taliban confirm the killing of Mullah Osmani, a senior commander.