The project will be managed by Aldar Properties PJSC, an Abu Dhabi-based developer.

The government is reportedly relying on Middle Eastern investors to help fund a plan to turn an area three times the size of Singapore, into an Asian metropolis.

A Malaysian state agency that manages the Iskandar zone said in a statement: “This is a historic and strategic landmark transaction between our two regions.”

The group will partner the South Johor Investment Corporation (SJIC), to develop 2,230 acres into an “international city”, a global hub for trade, commerce and education.

SJIC would hold 30 per cent of the venture.

The southern state of Johor lies about 1km away from Singapore, with $147bn in foreign reserves, but has a reputation among Singaporeans for street crime and cheap goods.

Malaysia has invited Singapore investors to join the Iskandar development, but federal and local politicians in Johor do not want to rely too heavily on Singapore money due to decades of suspicion and strained ties between the two nations.

The SJIC, which is controlled by Khazanah, a state investment arm, said the Middle East group would spend the $1.2bn to acquire land and develop infrastructure.

The SJIC has also said that the Gulf investors would make “further development investments of several multiples over the initial investment of $1.2bn over a 20-year period”.

Late last year, Abdullah Ahmad Badawi, the prime minister, has said that roughly $105bn in mostly private investment would be needed over 20 years to develop Iskandar into a regional centre for industry, tourism, entertainment and luxury accommodation.

But analysts have said that Malaysia will struggle to lure the dollars away from other nearby growing economies like Thailand, Vietnam, India and China.

Foreign direct investment in Malaysia has steadily declined. In 2006 it amounted to an estimated $3.9bn, compared to $5.5bn in 2001. 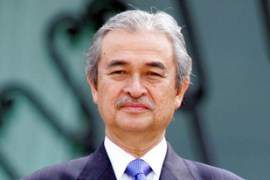