“I am very disappointed with the government’s decision, which I believe was based on information that was taken out of context. I am still hopeful though, as there are appeals being made.”

Officials at the Humanitarian Aid Commission, the government body that oversees aid work, were not available to comment on the expulsion order.

Barker said the only explanation he could think of was that the government was unhappy with an internal email which he had written to Care staff in October and which was leaked to the Sudanese press earlier this year.

“It was an email about the security of Care staff, setting out various scenarios for what might happen in Darfur,” he said.

“It was a totally appropriate email for a country director to write. But the government saw it as political analysis that was inappropriate for an aid organisation to make.”

Aid workers from other agencies told Reuters news agency that the expulsion came at a time of growing tension between humanitarian officials and the government of Sudan.

Meanwhile, on Monday, the Canadian government condemned the expulsion of Ottawa’s charge d’affaires and said it had no intention of apologising for her.

Nuala Lawlor was instructed to leave Khartoum after Maxime Bernier, Canada’s foreign minister, tried without success to persuade his Sudanese counterpart to rescind the expulsion.

Lawlor was expelled along with Kent Degerfelt, the EU representative, for “interfering” in domestic affairs.

They were accused of having unacceptable contacts with opposition leaders. 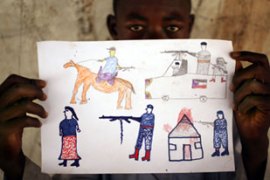 Khartoum says two officials from Canada and the EC “interfered” in Sudanese affairs.