On Sunday rescuers in Aceh’s Tamiyang district, the worst hit region, found at least 60 bodies.
The flooding comes as Indonesia prepares to mark the second anniversary of the Asian tsunami which struck on December 26, 2004.
Aceh bore the brunt of the deadly wave, killing around 130,000 people in the province alone.
The areas hit by the flooding are in Aceh’s interior and were not directly affected by the tsunami.
Thouands have also been diplaced by the rising waters in the neighbouring province of North Sumatra.
Deforestation blamed
The floods began on Saturday following days of heavy rain.
Waters quickly rose to as high as five meters in some places.
Officials say a combination of heavy rains and widespread unregulated deforestation are to blame for the sudden flooding.
By removing dense vegetation the ground is less able to absorb heavy rainfall, creating torrents of water that quickly overwhelm river systems.
Source: News Agencies 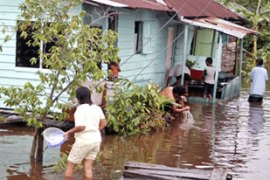 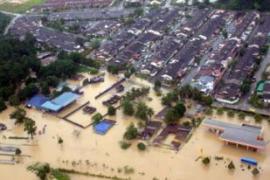 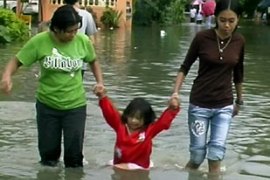 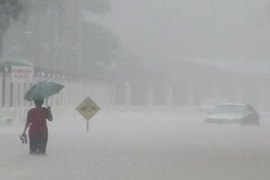